Cristian Mungiu (48 years old), from Romania, won it again. Best director in Cannes for the “Graduation” movie. But this means nothing back home. The Romanian stepped on the red carpet in Cannes 5 times in the last 9 years: 4 times as a director and one time as a jury member. Maybe Woody Allen’s movies are as lucky to bring the same outcome.

Basically he won with all his movies that he had produced, written and directed. With “4 months, 3 weeks and 2 days” he was the first Romanian director to win the Palm d’Or, in 2007, and he also got a nomination for best foreign film at the Golden Globes. 2 years later “Tales From The Golden Age” was again nominated at Cannes. 3 years later his Cannes nomination “Beyond The Hills” won best screenplay and best actress awards. In 2013 he was part of the Cannes jury lead by Steven Spielberg just to return this year with “Graduation”.

The series of highly appreciated movies in Cannes did not start with Mungiu. In 2004, Catalin Mitulescu won the Short Film Palm d’Or for the movie “Trafic”. Wikipedia says that was the shot start of the Romanian New Wave: “a genre of realist and often minimalist films made in Romania”.

Steven Zeitchik says it better in the Los Angeles Times:

“Ever since, the Romanians have turned out complex, interesting and subtle work, reliably, every year, often by using their signature long shots and rigorous minimalism. How much to continue in a style that’s served it well but could grow stale, like all styles, is an open question, as is the challenge of keeping on in a nation where even leaders admit they’ve failed their filmmakers.”

Long shots and rigorous minimalism. We are experts in wining prizes with realistic scenes, drama — listen to the sound of the rain — movies who embrace the worst in this heavently look — a — like place that we romanians call home.

It took us a TV show to visit the best road in the world (Transfagarasan), we gave back Dracula’s Castle for toursim to arise again and we made art about our corrupted system to win awards on a red carpet.

Foreigners see the best in what we — alone would see as worst.

Cristian Mungiu has written, with “Graduation”, his declaration of pessimism about Romania’s current social status. If I would be part of a movie club this would sound perfect, but as a movie fan this builds the main reason for which I wouldn’t recommend it further. You can be the best with anything you could do, but please do not be the best by showing the worst of something.

Showing the corrupt system of Romania is the easiest action you can shoot here. Just point the camera to daily situations and you get the ideas for a script that could win you an award.
The characters are built to find yourself between their actions or thoughts. Perfectly built to be watched and so perfectly built that you know a person that had a similar story. Mungiu is a teacher in hand picking reality scenes that he could direct.

Check all 14 movies listed at the beginning of the article. Do you know what they have in common? The lack of courage of the Romanian directors to reach a conclusion. The lack of clarity or strait evidence of a main action from the plot to have caretaker. We never know what happened or what would happen “if”. This arrangement is the gap that “the new wave” movies create between them and the box office successes.

Cristian Mungiu creates drama, wins awards, but his movies are no fun. They may have mystery, some situations have humor and all have perfectly shot frames. But they don’t make you to say “go and see it!”. And why would they if you already know everything there is just by making a visit to the local hospital or taking a subway ride.

I have watched the movie at Cinema Eforie, in Bucharest, before a Q&A with the actors, the director and the production team. My honest applauses to all the team.

Mr. Mungiu you are sharp, smart and you seem to have the right answers. On set and on stage. Next time please show us the bright side!

Thanks for reading! If you like this article please like the article because it helps other people see the story. 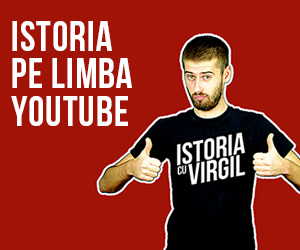